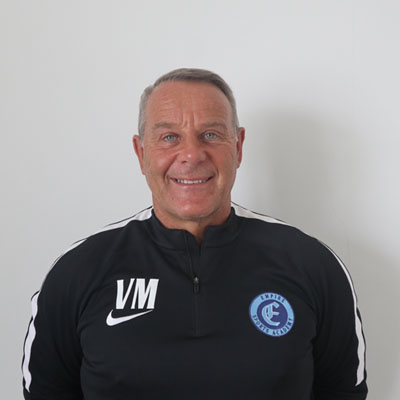 Victor Moore was born and educated in South London. I played at Crystal Palace as a teenager and played County football for Surrey.

I joined the UK Royal Air Force at aged 21 as a Physical Training Instructor, representing the RAF at Football and Rugby. I specialized in teaching Parachuting for 15 years and have had the honour to parachute into Wembley with the match ball for the FA Cup Final in 1997. I left the RAF in 2007 and worked in schools on Oxfordshire circuit, teaching PE, Maths and also ran alternative provision courses at a behavioural unit.

I have coached Football across all standards in Oxfordshire for the last 25 years, before moving to Dubai.

I am a qualified level 3 (UEFA B) coach, I am also the designated Safeguard lead for Empire Sports Academy and I am a First Aid Instructor.

AT EMPIRE SPORTS ACADEMY YOU